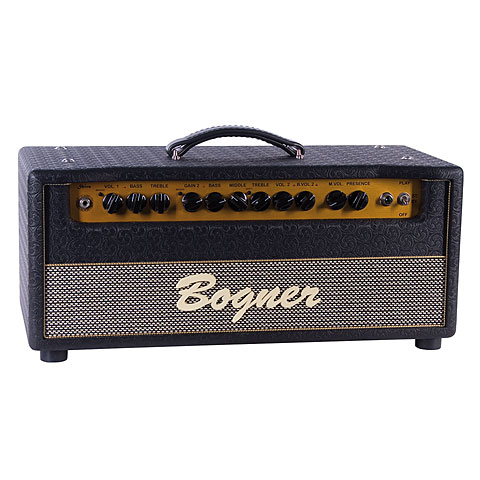 The Bogner Shiva has two highly developed channels which, on the one hand, provide clean sounds that glisten like icicles in a winter night and on the other hand have a tube saturation that is so rich and powerful that it should be forbidden in the free world. EL34 equipped models have 80 watts of power and - of course - a strictly British character, while the 6L6 models boast 60 watts and in the typical American style have more bass and treble.

Quote: "There is more than enough bass response to rearrange your living room furniture, if needed. "

Bogner Shiva
The Bogner Shiva series Amps are the stripped down to the essentials, workhorses of the Bogner Amp series. Two independent channels with seperate Equalisation, a strong Power-amp and a Tube buffered effect way makes the Shiva a no frills Amp for the stage.
more
less