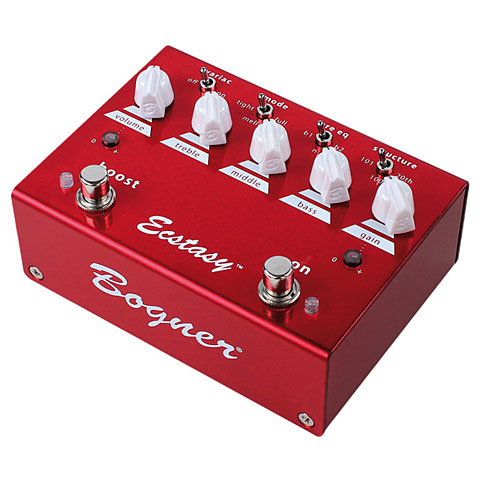 The Bogner Ecstasy Red distortion pedal is based on the Red channel of the Bogner XTC Ecstasy guitar head amps, and can be selected via the Structure Mode Switch: the Ecstasy Classic 100, Ecstasy 101, and the 20th Anniversary Ecstasy heads. The Bogner Ecstasy pedal has a switchable and adjustable boost, with the mini-controller for gain and volume boost. Like the Bogner amp head, the pedal offers many possibilities. There are three modes available Tight, Mellow and Full, with a Pre EQ with Normal, Bright 1 and Bright 2 modes, and the Variac mode. 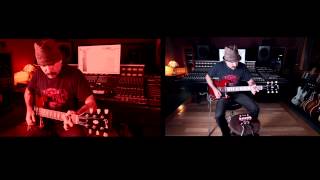