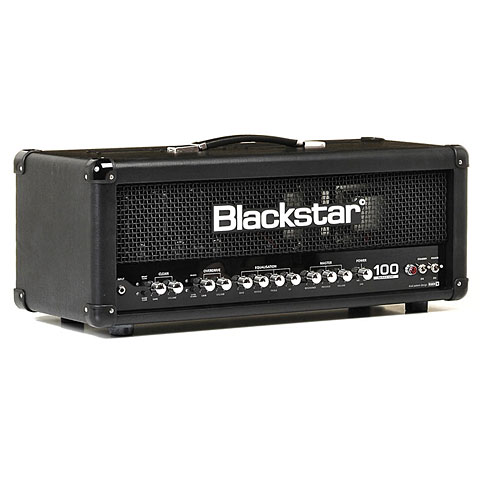 Blackstar builds the Series One 100 tube guitar amp head based on classic 100-Watt EL34 power stage. The Series One 100 amplifier sets new standards for clean and crunch tones: 2 channels and 4 footswitchable modes, complete with ISF, include the amazing Super Crunch for some of the biggest, crunchiest tones yet heard.

The Series One 100 amp head's flexible 2-channel, 4-mode design boasts the unique Dynamic Power Reduction and Infinite Shape Feature controls. Although the Series One 100 tube amp has a comprehensive control set, it's still simple and intuitive to use.

The ISF control is unique to Blackstar Amplification and represents a major step forward in tone shaping flexibility. The ISF control shifts the response of the 3-control tone stack between a US response at one end and at the other a UK response with an infinite number of alternative tone choices in between.

The amp head's Clean Channel features Bright and Warm modes. Each mode reconfigures the pre-amplifier voicing and power amplifier damping to reproduce either ringing Class A performance in the Bright mode, or crunchy Class AB tones in the Warm setting.

Crunch mode covers the widest range of crunch gain levels possible, from cleans, to rhythm tones. Super Crunch mode alters both gain levels and tonal shaping for maximum crunch flexibility. The unique preamplifier and power amplifier shaping techniques also benefit the guitarist in the way the overdrives clean up beautifully as the guitar volume is reduced. Even at the most extreme settings, the overdrive channels remain natural sounding.

Other features of the Blackstar Series One 100 head amplifier include the DPR control, which reduces the power of the output stage from 100-Watts down to 10-Watts and any power output in between. This means that the full tonal depth of the EL34 power amplifier can be enjoyed at any volume, making the Series One 100 ideal for recording, smaller gigs and home practice use. The Seris One 100 amp featurs full MIDI implementation of the main channel and mode switching functions. Used in conjunction with outboard gear such as multi-effects units, MIDI allows a whole new level of creative performance to be explored. 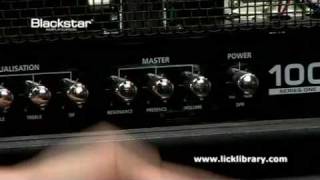