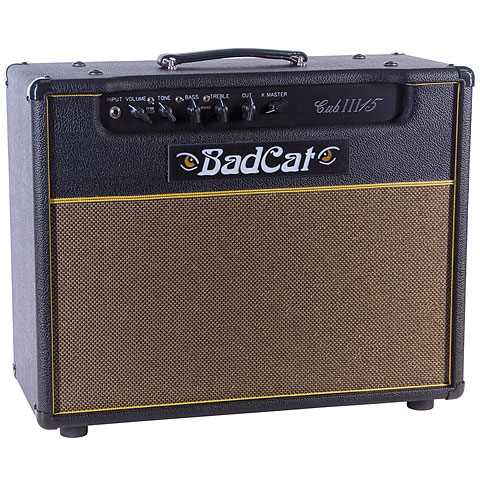 The Bad Cat Cub III 15 is a single-channel amp in classic Class A technology. Bad Cat has given the characteristic circuit some effective detail improvements:
The patented K master circuit is a new master volume, which does not affect the dynamics and the sound when you lower the output stage. In the preamp you can select between 2 input tube types - either EF86 or 12 AX7, which allows the amps a different gain structure (also switchable by foot).

Bad Cat Cub III
Gain up the power amp section while leaving the pre-amp sparkling clean? Yes. Imagine getting a full 15 watts of clean headroom out of a 15 watt amp, or a full 30 out of a 30. Turn down the master volume to bedroom low all while maintaining your tone intact. Not only is this possible it’s also useful for guitar players.

Power amp gain is different than pre-amp gain. It feels, sounds and even looks different. Master volume has always been misnamed. It should have been called master attenuation. Until now master volumes were unable to do anything, but attenuate. The drive to the power section was always dependent on the drive coming from the pre-amp.

Now Bad Cat has figured out a way to separate the pre-amp from the power amp gain, and calling it the K Master®. Before this you couldn't drive the power amp hard without pushing the pre-amp into saturation. The K Master® patent pending technology has allowed us to re-invent the concept of the master volume. Bad Cat is now offering the K Master® in the Cub III Series.
more
less 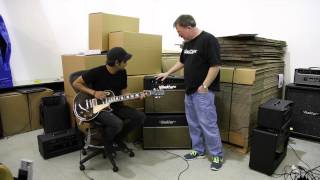