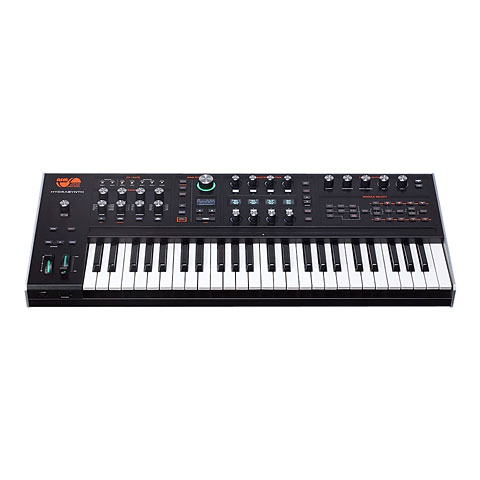 The debut of Ashun Sound Machines (ASM for short) also sets new standards for the keyboard: the velocity-sensitive 49-key keyboard features the in-house completely newly developed Polytouch™ Keybed, which offers polyphonic aftertouch for each of the 8 voices. This results in an expressive control that can only be found on a few vintage synths (e. g. Ensoniq VFX). A 4-octave ribbon controller and ergonomically designed, illuminated pitch and modulation wheels provide expression and control unlike any other hardware synth on the market. Of course, a sophisticated programmable arpeggiator is not to be missed.

The modulation sources have not been stingy either. No less than 5 loopable DAHDSR envelopes as well as 5 tempo-synchronous LFOs with numerous waveforms and various trigger modes (plus a sixth vibrato LFO via the mod wheel) provide plenty of movement in the sound. A massive modulation matrix with 32 slots connects internal sources as well as MIDI CCs to their destinations.

On the connection side, there are not only the usual suspects with MIDI and USB, but also analog clock and CV/Gate inputs and outputs, via which analog control voltages and clock signals can be integrated into the modulation matrix. The HYDRASYNTH works not only with 1 volt per octave, but also with the Hz/Volt standard that e. g. early Korg synthesizers used. MIDI is available as a classic trio (In/Out/Thru) and via USB.
more
less 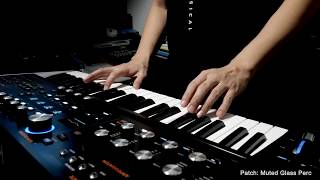 Find similar products:
· Show all articles of the brand ASM.
· Keyboards
· Digital Piano
· Keyboard
· Stage Piano
· Master Keyboard
· Accordion
· Organ
· Keyboard Amp
· Keyboard Stand
· Keyboard Accessories
In order to give you a better user experience, we use cookies. By visiting, you agree to the use of cookies.