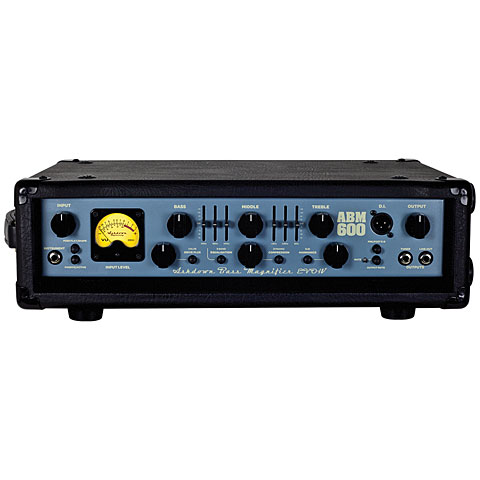 Also foot switchable is the mighty Ashdown sub-harmonic generator which precisely tracks the main signal and reproduces it an octave lower. A sub-harmonic level control enables the player to add just the right amount of low-end reinforcement - everything from a subtle, thickening of the sound to unbridled, bone crushing tone. The ABM 600 EVO IV features a front-panel mounted balanced DI out with pre or post EQ switching, a sub-bass output, a tuner output, an FX loop and a line input for the connection of an external sampler or sound source. Output muting cuts the signal from the DI output but leaves the tuner output 'live', allowing the player to tune up in silence. A new upgraded power section has faster transient attack, more headroom and even less noise.

The best amp there is bar none. Loud, hugely versatile and very beautiful

This item was given an average rating of 4.6 out of 5 stars. 1 review has been written. The comments are not the opinion of Musik Produktiv, they are the subjective opinions of our customers. 9 ratings exist without a text or these reviews are written in another language.
more
less
incl. VAT, plus delivery costs
Add to basket
Add to wish list
In stock
Available immediately
Delivery return
minimal traces of use, without original packing, manual missing, without accessories
10116384
Item number:
08/2019
Available since:
› Print view
Share
Facebook
Twitter
Pinterest
E-Mail
Product Video 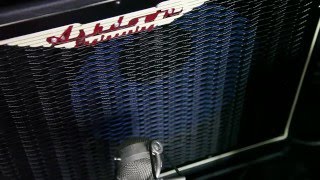